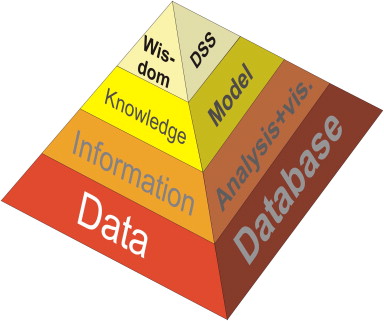 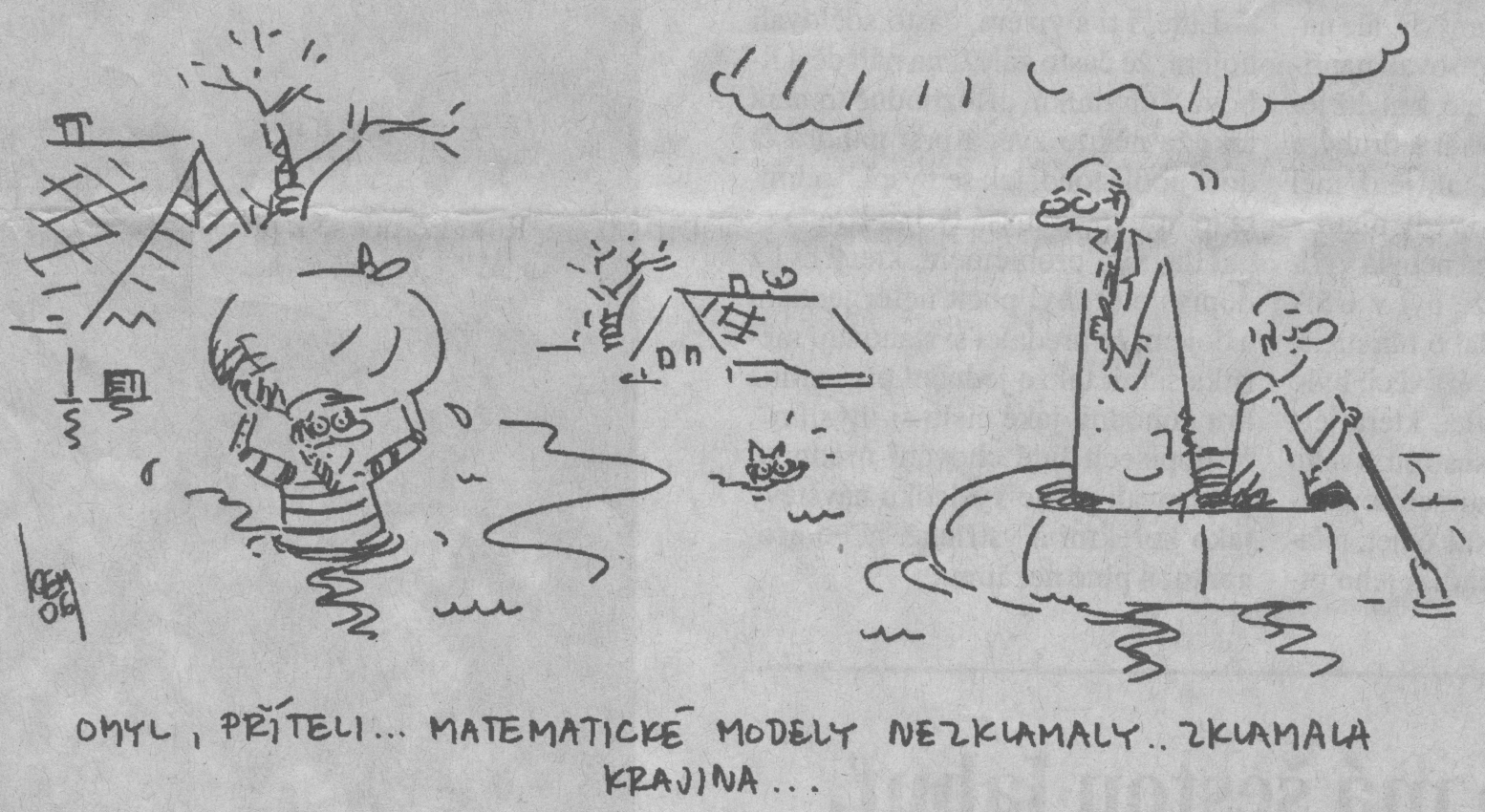 “Jamieson (2000) pointed out that scientists live in a highly competitive environment where funding for research is limited. Involvement in policy-modeling projects helps scientists present themselves as real-world problem solvers, which helps secure funding for their scientific pursuits.” (Clement 2011, s. 626)

“The simulation results can be used to construct reasonable qualitative arguments as to why certain processes or events can or cannot occur. However, it is important that we understand the limits of these tools and recognize that they are better viewed as computer-aided thinking tools rather than computer-aided prediction tools.” (Clement 2011, s. 627)

“In summary, ‘hydrogeologic science’ is not well suited to quantitative prediction and is best suited to providing hydrogeologists with theoretical and science-based intuition that they can apply when suggesting solutions to complex practical problems. Hydrogeologists are faced with being primarily descriptive scientists rather than quantitative scientists, and can employ quantification only to the extent they ‘believe’ is meaningful and useful. Some hydrogeologic problems cannot be solved – they are too complex. This must be admitted and efforts should rather be applied to solvable problems. It should be a major role of hydrogeologists to help managers define the practical questions that are possible to answer.” (Voss 2005, s. 6)

“There is a direct correlation between the power of personal computers (PCs) and the complexity of models. The question is: Has the added complexity increased the level of groundwater understanding?” (Bredehoeft 2010, s. 328)

“Oreskes (2003) noted that we tend to have more intuitive faith in complex models because they allow us to simulate more processes. However, as we add more processes (and parameters) to a model, the overall certainty of its predictions might decrease. Ironically, the “truer’ the model, the more difficult it is to show that it is “true’.” (Clement 2011, s. 625)

“Freyberg (1988) noted that in a modeling class he taught, predicted system response was better simulated with more parsimonious but less well-calibrated models than with models calibrated using a large number of parameters to obtain a good fit (a phenomenon often referred to as ‘point calibration’).” (Hunt et al. 2007, s. 254)

“Victor Baker, the former President of the Geological Society of America, said ‘allowing the public to believe that a problem can be resolved … through elegantly formulated … models is the moral equivalent of a lie’ (Pilkey and Jarvis 2007, p. 188).“ (Clement 2011, s. 627)

“During the 1960s, when the first numerical models appeared, there was great anticipation about their ability to solve a large number of practical problems in hydrogeology. This excitement has since undergone moderation. It is now recognized that numerical models can only be valuable in providing insights into the potential behavior of complex hydrogeological systems, and to test alternate hypotheses to better understand observed phenomena. Considering the inaccessibility of the Earth’s subsurface, the pervasive heterogeneity on many spatial scales, the strong interactions among fluid flow, deformation, heat flow, and chemical interactions, and lack of knowledge of future forcing functions, it will not be prudent to assume that numerical models will predict the future with confidence, even with the availability of the most powerful computing machines.” (Narasimhan 2005, s. 18)

“Bredehoeft’s statement, ‘For me the model is not an end in itself, but rather a powerful tool that organizes my thinking and my engineering judgment,’ is insightful. When we generate model results to very complex systems, the numbers are not as important as the patterns of behavior the numbers suggest. Often, the challenge is to assure ourselves that the results are credible. We meet this challenge by invoking our experience and intuition.” (Narasimhan 2010; Bredehoeft 2010, s. 328)

“[Groundwater models] … are tools that are of great value in helping us test alternate hypotheses and behavioral possibilities. If the possibilities are well constrained with data, we treat them as predictions […] The real value of the models is that they give a quantitative form to what we know qualitatively. In some cases, model output may reveal certain patterns we did not expect a priori. These “anomalies” occasionally help us comprehend the existence of unusual phenomena.” (Narasimhan 2010)

“Leavesley et al. (2002) proposed a new modelling paradigm: ‘this concept requires that we change the question of ‘which model is most appropriate for a specific set of criteria?’ to ‘what combination of process conceptualisations is most appropriate?’” (Branger et al. 2010, s. 1673)

“Wolfram feels that science is far too ad hoc, in part because the models used are too complicated and/or unnecessarily organized around the limited primitives of traditional mathematics. Wolfram advocates using models whose variations are enumerable and whose consequences are straightforward to compute and analyze.” A New Kind of Science

“Booch et al. defined a model: ‘simplification of reality created to better understand the system being created’.” “Modeling should constitute a scientific expression of our ignorance rather than a claim to knowledge that we do not possess.” (Doherty 2011, s. 455)

“So why do we not embrace models as tools for encapsulating our knowledge and quantifying our ignorance? One reason is that human beings have always wanted to ‘see’ the future as if the veil of time were lifted. In pursuing his time-honored endeavor, complex models are the current prophetic tool of choice.” (Doherty 2011, s. 455)

“However, all too often complexity wins the day—often for no other reason than to preemptively circumvent criticism that the model does not ‘look like’ what we imagine reality to look like.” (Doherty 2011, s. 455)

“Fools ignore complexity. Pragmatists suffer it. Some can avoid it. Geniuses remove it. …Simplicity does not precede complexity, but follows it. … In seeking the unattainable, simplicity only gets in the way. … You can't communicate complexity, only an awareness of it.” (Perlis 1982) – částečně citováno v hydrogeologickém kontextu: (Voss 2011a, s. 1281)

“Il semble que la perfection soit atteinte non quand il n’y a plus rien a ajouter, mais quand il n’ y a plus rien a retrancher. (It seems that perfection is reached not when there is nothing more to add, but when nothing more can be removed.) (Terre des Hommes [Land of People] by Antoine de Saint Exupéry, a writer, poet and aviator; Saint Exupéry 1939)” (Voss 2011a, s. 1458)

“Simplicity is the final achievement. After one has played a vast quantity of notes and more notes, it is simplicity that emerges as the crowning reward of art. (Frédéric Chopin, a musician and composer, quoted in If Not God, Then What? by Fost 2007)” (Voss 2011b, s. 1455)

“Managers need to be educated regarding what model analysis can and cannot provide. The model should generally not be what is contracted as a product, as is most often the case today; rather, an improvement of understanding of the system in question should be contracted, and particular advice sought from the analyst, who may or may not choose to employ groundwater modeling toward achieving this goal. Managers should buy advice from a competent hydrogeologist; they should not buy a groundwater model.” (Voss 2011b, s. 1457)

“The methods of science depend on our attempts to describe the world with simple theories. Theories that are complex become unstable, even if they happen to be true. Science may be described as the art of over-simplification: the art of discerning what we may with advantage omit.” (Popper 1982) Citováno podle (Hill a Tiedeman 2007, s. 268)

“If you can't reduce a difficult engineering problem to just one 81×11-inch sheet of paper, you will probably never understand it. (Ralph Brazelton Peck, a soil mechanics engineer, quoted in DiBiagio and Flaate2000).” (Voss 2011a, s. 1284)

“Our models should be designed expressly to maximize the possibility of discovering that of which we are ignorant. Beck (2002)” Citováno podle: (Ebel a Loague 2006, s. 2887)

“Kirkby (1996): Models are thought experiments which help refine our understanding of the dominant processes acting … While most simulation models may be used in a forecasting mode, the most important role of models is as a qualitative thought experiment, testing whether we have a sufficient and consistent theoretical explanation of physical processes. The best model can only provide a possible explanation which is more consistent with known data than its current rivals. Every field observation, and especially the more qualitative or anecdotal ones, provides an opportunity to refute, or in some cases overturn, existing models and the theories which lie behind them.” (Ebel a Loague 2006, s. 2895)

“… application of distributed hydrological models is more an exercise in prophecy than prediction.” (Beven 1993, s. 41)

“The fact that [the model] is an approximation does not necessarily detract from its usefulness because models are approximations. All models are wrong, but some are useful.“ (Box a Draper 1987, s. 424) – citováno podle Bakkera (2013, s. 313).

“…simple models are a good place to start because their transparent features provide clarity. A simple model is something to build on. In its sleek lines and limited assumptions, it can provide a base for elaboration while capturing the essence of a variety of more detailed possible explanations.” Levin (2007), citováno podle Fatichi et al. (2016).

Engineering models must compromise between simplicity and realism. “The best solution emphasizes the former without undue violence to the latter”. (DiToro 2001)

You know my methods, Watson. There was not one of them which I did not apply to the inquiry. And it ended by my discovering traces, but very different ones from those which I had expected.” – Sherlock Holmes in “The Crooked Man”, The Memoirs of Sherlock Holmes (1893, Doubleday p. 416).